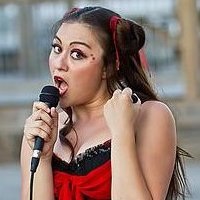 Annie-Mae specializes in vocal and comedic performances but can do it all.  To book Annie-Mae for your next burlesque performance, fill out the contact form on the Home page. Opportunities to see her perform can be found on the Upcoming Events page.


Below you can find a list of performance ready numbers. Even if you do not see something that fits your next show, Annie-Mae will be happy to prepare a brand new number for you. 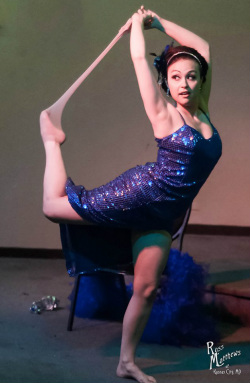 I've Got Your Sparkle

Selected to compete in the Queen of Lake Competition at the 2nd Annual
Como Lake Burlesque Festival in Como, Italy. 2015

Selected to compete for Best Overall at the 2018 Kentucky Burlypicks 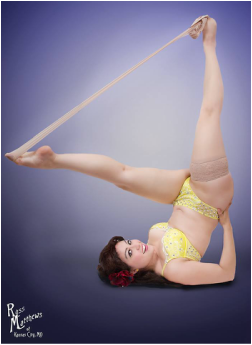 ﻿Annie-Mae Allure is finally paying tribute to her favorite animated character! Dancing to a jazzy "Be Our Guest", she will make you scream SHE'S A BEAST with her fancy footwork and impressive stocking peels...not to mention the beautiful ball gown made by KC's own Yvette D'Sin.﻿

Selected to compete for Best Overall at the 2017 Texas Burlypicks 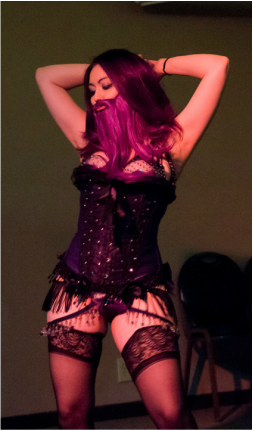 To prove she's not the clown in EVERY circus, Annie-Mae Allure performs as a sexy bearded woman, to Gimme All Your Lovin' by ZZ Top (of course). A Tolkien dwarf version of this routine is also available. 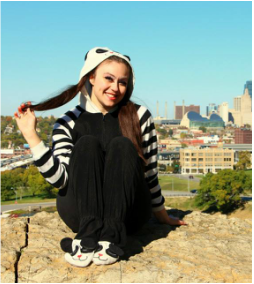 Annie-Mae starts this comedic routine in full panda footie pajamas and, starting with the butt flap, strips down to paw prints! Performed to "The Gummy Bear" song by Gummibar 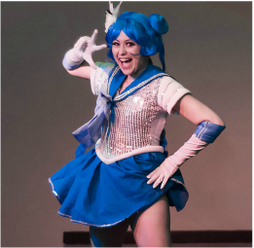 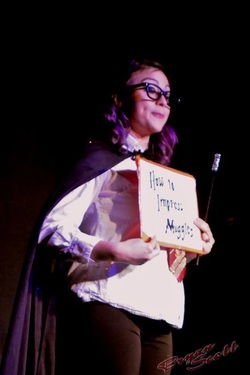 A Harry Potter themed number performed to "Hedwig's Theme"; this routine is more than magical. You won't believe what Annie-Mae has up her sleeves. 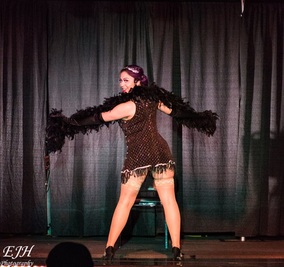 And All That Jazz

Annie-Mae, called one of the best voices in burlesque by Goldie Goldstein, belts out this classic song from the hit musical "Chicago" and "shimmies til her garters break"!
Featured in Purple Devil Productions' Six Degrees of Kevin Shakin', 2016

​Winner of "MASTER OF SINGING" at the Wisconsin Burlypicks, 2016 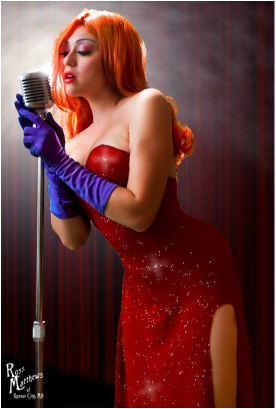 Annie-Mae cosplays as Jessica Rabbit and serenades a lucky audience member to "Why Don't You Do Right". This number is a perfect raffle prize. Her signature purple gloves are the only items of clothing removed. 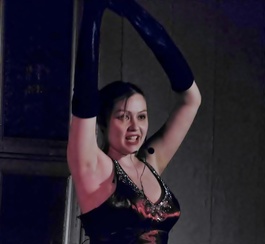 She Always Gets Her Man

Flying Home
Annie-Mae combines contemporary dance with burlesque to tell the story of a bird that must give up her wings, and go home. Performed to "Arkansas" by A.J. Gaither 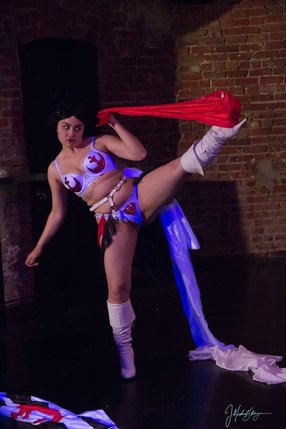 ​A Nude Hope: The Rebellion
Rebel Alliance leader Princess Leia tears off her clothes and raises a flag in protest of the evil Empire. Fight. Resist. Rebel. 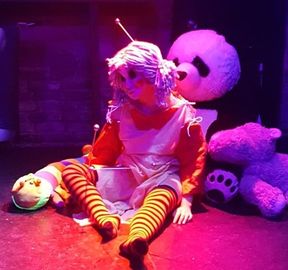 ​Rag Doll's Revenge
This Rag Doll has grown tired of being used as a pin cushion. She comes to life and begins pulling all of her loose threads, shedding her dress and leaving the other toys behind. 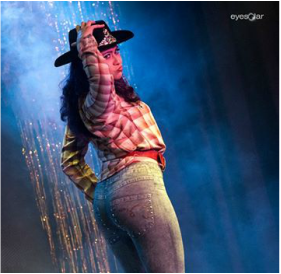 For all of those Country music fans, "Honkytonk Badonkadonk" by Trace Adkins is just what the doctor ordered. Annie-Mae struts her cowgirl stuff and shakes what her mama gave her.